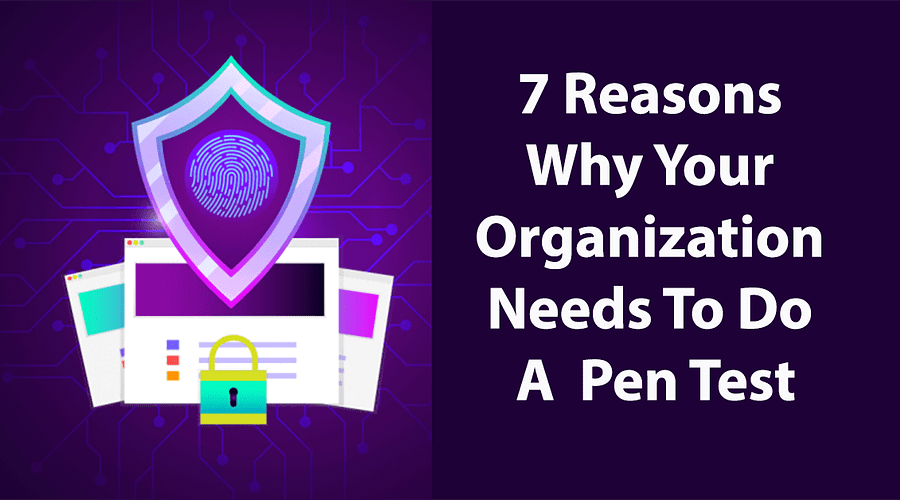 7 Reasons Why Your Organisation Needs To Do A Pentest

Reasons why Penetration Testing is Important

1. Meeting compliance: There has been a mandate in the payment card industry to follow the PCI-DSS regulations for an annual and ongoing penetration testing. A pen-test allows the enterprises to mitigate the real risks associated with the network.

2. Maintaining confidentiality, revenue and goodwill: Failure to protect the confidentiality of the data can result in legal consequences and a loss of goodwill. A security attack can affect the accounting records, hampering the revenue of the organization. Penetration testing as a service not only helps the enterprises discover the amount of time that is taken for an attacker to breach the system but also helps in confirming the companies to prepare the security teams in order to re-mediate the threat.

3. To verify secure configurations: If the security team of an organization is doing a good job, and are confident of their actions and the final results, the penetration reports verify them. Having an outside entity acts as a confirming agent of whether the security of the system provides a view that is lacking the internal preferences. An outside entity can also measure the team’s efficiency as security operators. It helps in identifying the gaps in the system.

4. Security training for network staff: Penetration testing companies allows security personnel to recognize and respond to a cyber attack types properly. For instance, if the penetration tester is able to compromise a system without letting anyone know about it effectively, this could be indicated as a failure to train staff on proper security monitoring effectively.

5. Testing new technology implementation: Testing the technology, before it goes into the production stage is considered to be a perfect time. Performing a penetration test on new technologies, before they go into production often saves time and money as it is easier to fix the vulnerabilities and gaps before the application goes live.

6. Reputation: Your company’s reputation will definitely suffer when a data breach occurs and it is publicly announced. This may cause a loss of customer confidence and lead to a drop in revenue and profit. Your company’s share price will also be affected as the investors may worry about the above impact. As people get to understand about data privacy and how it affects them, the impact of a data breach will increase tremendously that could cause significant loss to the company.

7.Competition and Rivalry: Losing your company’s proprietary data will be disastrous, especially if this data is in the hands of your rival companies. While your competitors may not be the one to perform cyber attacks on you, they could acquire this data indirectly. Cybercriminals like to publish their wins on public websites, such as Pastebin, or sell this information in the dark web in the form of cryptocurrencies. Your competitor may get hold of this information through one of the 2 possible ways and you may never know it. This goes back to the risk assessment to identify the threats to your proprietary data and its impact on your business. 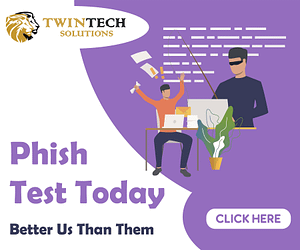 Defend Your Business Against The Latest Cyber Threats

TwinTech Solutions is great in meeting your cyber security demands. We got everything to help you out !
Contact Our Team
Phone